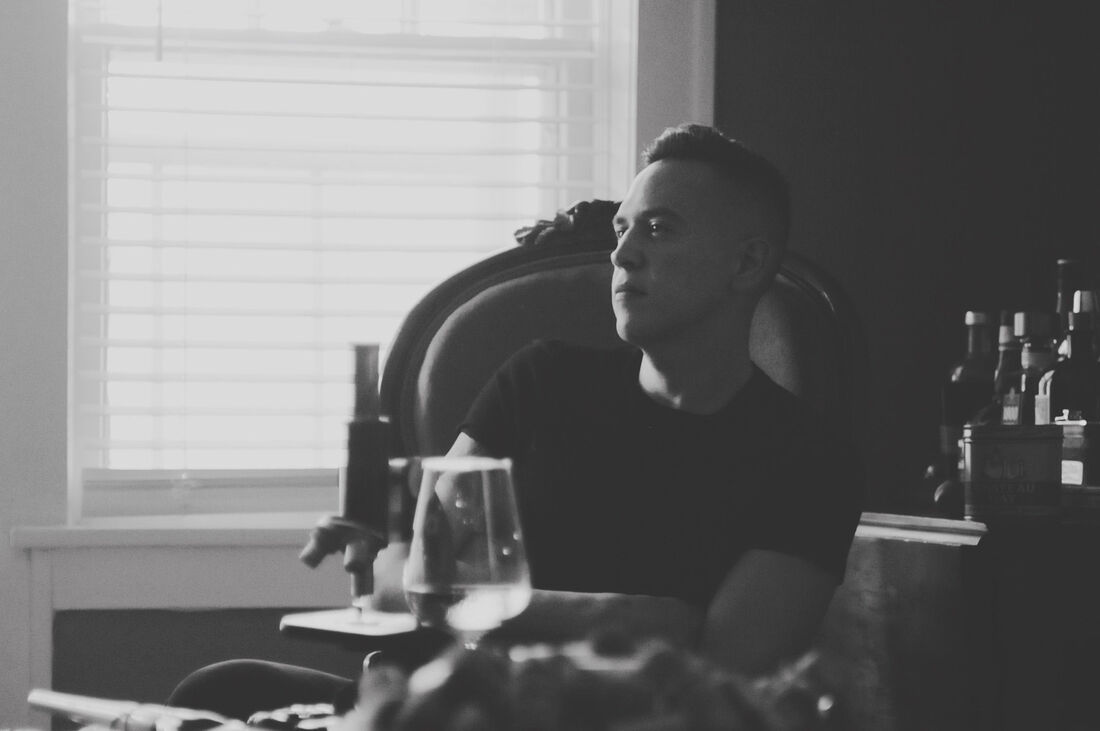 Hugo Ximello-Salido is a self-taught, Mexican-American artist whose work explores cultural identity, personal identity, communication, connection, and more. Born and raised in Guadalajara, the capital of Jalisco, Mexico, Ximello-Salido’s natural creativity and passion for painting stems from a family background full of artists. Upon moving to the United States, initial cultural shocks and difficulty with communication prompted him to begin expressing himself visually and to develop his own style and techniques.

Ximello-Salido’s early work was primarily inspired by the traditions and colors of Mexican culture. Through a fusion of folkloric symbols, old-world history, and contemporary social issues, the artist creates a dialogue about identity and culture that abounds with color and texture. He continues to find inspiration in the intersection of various communities, especially the LGBT community, and strives to convey distinct yet universal perspectives to the viewer through his work.

Ximello-Salido’s paintings have been displayed in galleries and at events in both Mexico and the United States (including at the Agora Gallery in New York City), and the artist has been featured in several print articles and a documentary, Art Views: Creativity and Culture in Kansas City.

As a native Mexican, culture and tradition are a vital part of my heritage. As a Mexican-American, I am fascinated by the dialogue between different cultures and traditions. As an artist, I explore personal experiences, emotions, and connections through the lens of my past and present in order to create a vibrant future. Through my work, I strive to increase social awareness of the many parts of my intersectional identity and experience as a Mexican-American member of the LGBTQ community.

My early work focuses on the legacy of Mexican culture and its collision with the American experience. Major inspirations include Mexican colonial style, "La Catrina" (the elegant skull), and other culturally significant symbols such as La Loteria Mexicana (Mexican bingo), papel picado (perforated tissue paper), and Talavera. I use a variety of materials, including acrylic paint, ink, gels, sand, papier-mâché, spray paint, and more to modernize, revive, and reinvent the Mexican art that inspires me.

Through each piece, I seek to convey a unique yet universal sense of being, feeling, or thought. I hope to challenge stereotypes, commercialization and commodification, and the arbitrary barriers we create between our shared humanity. My point of view emerges from varied perspectives on language, cultural differences, race, cultural bias, and more. My process is meditative and expressive, an expulsion of demons and a dispensation of beauty.

By crafting original artworks inspired by Mexican folklore, diverse communities, and daily experiences, I endeavor to bridge the gap between past and present as a modern, Mexican-American artist.

Three Things I Believe As An Artist. Anyone can create art; Art should be accessible and affordable to everyone; All work should be original.
Written by Vincent Wagner